Finally got around to editing more of the images taken way back in September with Jason Segade, still have some more to go through. Strange, that editing images seems to be a very laboriously task, one that seems to be put off until the images turn from a straight forward task to a momentous input of effort. Still have more images from the other two models, Mara and Shawna to go through. Have posted some of their images already, and with shoots planed for December and January the workload will soon start to mount up.

I enjoy the process of taking the image, from setting the lights to directing the model to the final press of the shutter button highly enjoyable and often get lost and oblivious to time. Whilst I try and get the image right in camera, there is always a small amount of editing to do, either cropping or converting to black and white.

Still, one must press on, so here are a few more images from the shoot.

A big thanks to Jason and to David Rann. 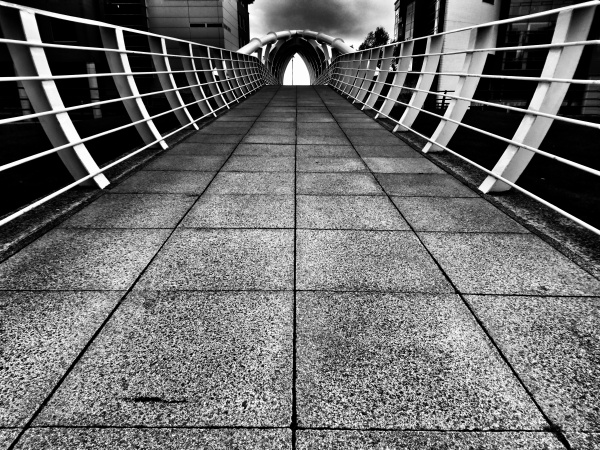 Once a month, I have a magazine delivered, Black and White Photography. In my view one of the best photography magazines out there on the UK shelves. It is a magazine that talks mainly about photography and does not get too hung up on techniques/projects. Don’t get me wrong there are certain sections of the magazine that relate to this but they manage to keep it straightforward and rather then tell you what to do, give you a prod with some suggestions/ideas.

One of these in particular is the section written by Tim Clinch, his Smart Guide. In the articles he discuses the use of mobile phones as a camera and which apps he uses and how he uses these to get the look that he is after. I enjoy reading these and in one recent article he suggested, leaving your main DSLR at home and just using a mobile phone.

That coincided with a small trip i was making with my wife to the city of Liverpool, so I thought well why not. the big bag was left at home, making a change, so just with the mobile phone off i walked. Unfortunately , the weather was against us, so I only managed a few images, but the experience has left me hungry for more. 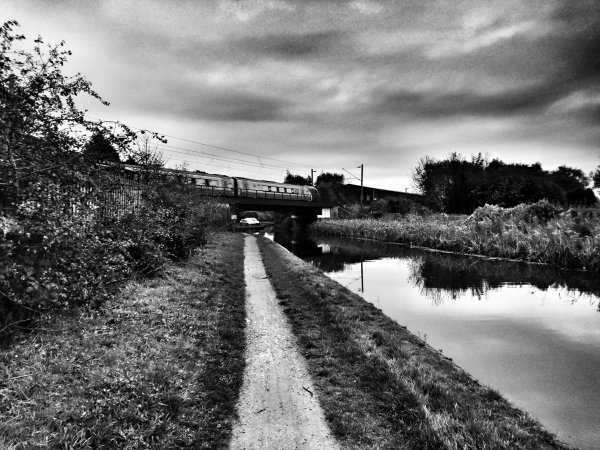 Just over a week ago, I was challenged by a friend to take one picture a day and post it on Facebook.

Up for it, I set about the task in hand. I must admit that I found it a refreshing change and one that made me think about the environment I was in, and what i could take images off, that needed little explanation. For the challenge I only used my mobile phone, and then converted the images into black and white using the brilliant app, Snapseed.

So below are the 7 images from the weeks challenge, well worth doing, really enjoyed the week, thanks Rowan.

So if you recall my last blog of an evening spent with Shawna, well during the same evening I was also fortunate to be able to take pictures of local model/actor Jason Seagade.

The studio remained unused for the shoot, instead the corridors and lifts in the building were use, along with a replica fire arm. Jason was superb and was able to bring to the shot a lot more than normal models were able to to. This was very clearly one of his attributes as an actor. He really jumped into and embraced his role, and hopefully from the few images attached you will agree.

The images were all processed using Lightroom, and then converted to Black and White using Silver Efex.

I did consider keeping some them as colour, but with the look and feel of the building, Black and White was the only way to go, enjoy. 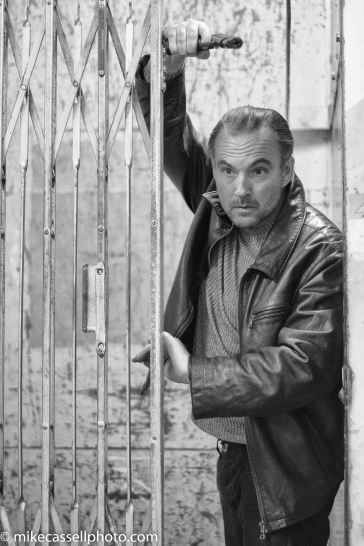 So a while ago, we had a trip out to Lacock Abbey in Wiltshire. For those who do not know Lacock Abbey, it was the home of William Henry Fox Talbot. The building is now owned by the National Trust and has a photography exhibition space, where they display the works on various photographers

The museum, situated in the grounds of Lacock Abbey in Wiltshire, celebrates the achievement of William Henry Fox Talbot. Talbot captured the world’s first photographic negative at the abbey in 1835 and invented the calotype process, paving the way for photographic processes on film still used today.

The house is fantastic to explore and has been used as location shoots for many films, amongst them Harry Potter. Well worth wandering around the cloisters. The Abbey is located in the village of Lacock. The village is pristine, again being used as location shoots for TV and film. Walking around the village you do feel that you have stepped back in time, very easy to forget that you are in the 21st Century.

So after wandering around with the camera, I had a few images. Looking at them I though the best way to display them would be to try to replicate the method from Fox Talbot’s, so here they are. Originally edited using Lightroom and then converted to Black and White using Silver EFex and the Antique Plate preset.

If you are close or passing by, I would recommend dropping in, it is well worth the visit, and don’t forget your camera.

OK, so she is not a real model, but in fact my granddaughter. I was trying out a few ideas, and well she was there. For a nine year old she is very thoughtful, and even though i am very obviously biased,  gorgeous.

Hope you like the images. all natural light and processed using Silver Efex.

The paper, if you are wondering, was the Sunday Times…..

A few weeks ago i was lucky enough to do a location shoot with a local model Cally. The theme was ‘Nude in the landscape. The location, a small holding in the village of Great Alne, just outside Alcester in Warwickshire.

The weather, for an outside shoot was good to start with, warn, perfect for Cally as she was …well, from the theme of the shoot you get the picture….slightly overcast, no harsh light. The locations were spot on, a beautiful tree, could have been taken out of a Harry Potter film set, a much smaller version of the ‘Whomping Willow’.

So we got off to a good start, but after a while it started to rain, light at start, but with the tree canopy, it did not hold up the shoot.

So below are a few images,  my first pass from all of the images taken during the day. There are quite a few more to review, edit, etc. so i will do this over the coming weeks and post a few more blogs with images.

A big thank you to Cally for being an absolute professional during the day, you were ace…

Late in November i had cause to be in Brighton for a few days. Not a planned photo trip but on other business that did not leave much time to see the town and its highlights. A meeting that went late into the night and the bar afterwards that eat into free time I had planned. However the hotel was right on the front so an early wake up call to have a brisk walk in the fresh and very cold morning air was planned.

As I did not have my main camera with me, I used my camera on the phone, editing afterwards using a combination of snapseed and Nik software apps on the PC.

I only saw a very tiny bit of Brighton and will be planning a more organised trip there in the New Year. 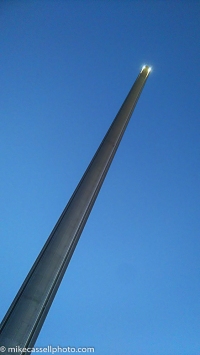 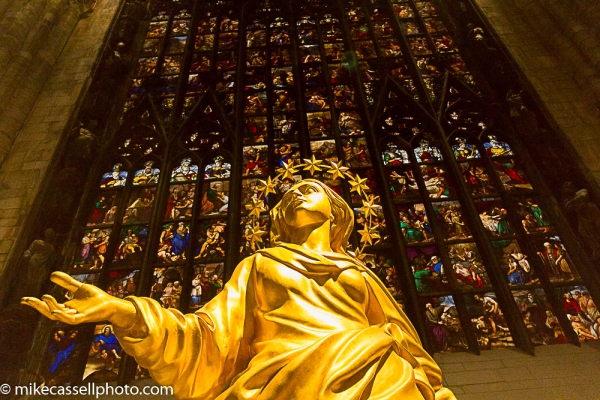 So last month we managed  to get a short city break into Milan, Italy. Not been to this part of Italy before so a new adventure awaits.

So the first thing, the weather, it was overcast, dull, drizzly, but surprising, the temperature was mild, so with umbrellas in hand we managed to get around the city. Not the best weather for taking photographs, lot of rain spots on the lens, and with the cloud skies and low light, bright images were not on the list, so i decided to look for mainly black and white images. At least with the cloud and having to put ISO up, it give an excuse for the grainy look and feel to the pictures.

Even in the poor weather the Duomo was impressive, and well worth the climb up eh stairs to the roof. Even on a dreary day the views were good, i can just imagine what they are like on a clear cloudless day.

The shopping arcade next door, the Galleria Vittorio Emanuele II well worth the visit, even brought the wife something from Gucci…well from the cafe there at least, but in my mind that qualifies.

So below are just a few of the pictures from the few days, not as many as i was hoping for the weather put paid to that, and at times the rain was too heavy, just not worth getting the camera out, never even got chance to use my new travel tripod, brought especially for this trip. Oh well, just have to think if another city break to use it on.

It’s been a while since my last blog, very busy at home and work and did not seem to be able to find the time to spare 30 minutes to do a blog. So here it is..

A few weeks ago I had a spare 30 minutes one morning and was driving past Himley Hall just outside Dudley. The only camera’s I had with me was my phone and my Konstructor camera. So, with only having used the Konstructor only once ( one film) and having already loaded it with Ilford FP4 i decided to give it another workout. So a quick walk around and the images were in the bag… or the roll depending upon your point of view.

Himley Hall was once the seat of the Earl of Dudley and the gardens laid out by one Capability Brown ( you might have heard of him).Well worth a visit if you are in the area, the house is not always open but the grounds are worth the walk.